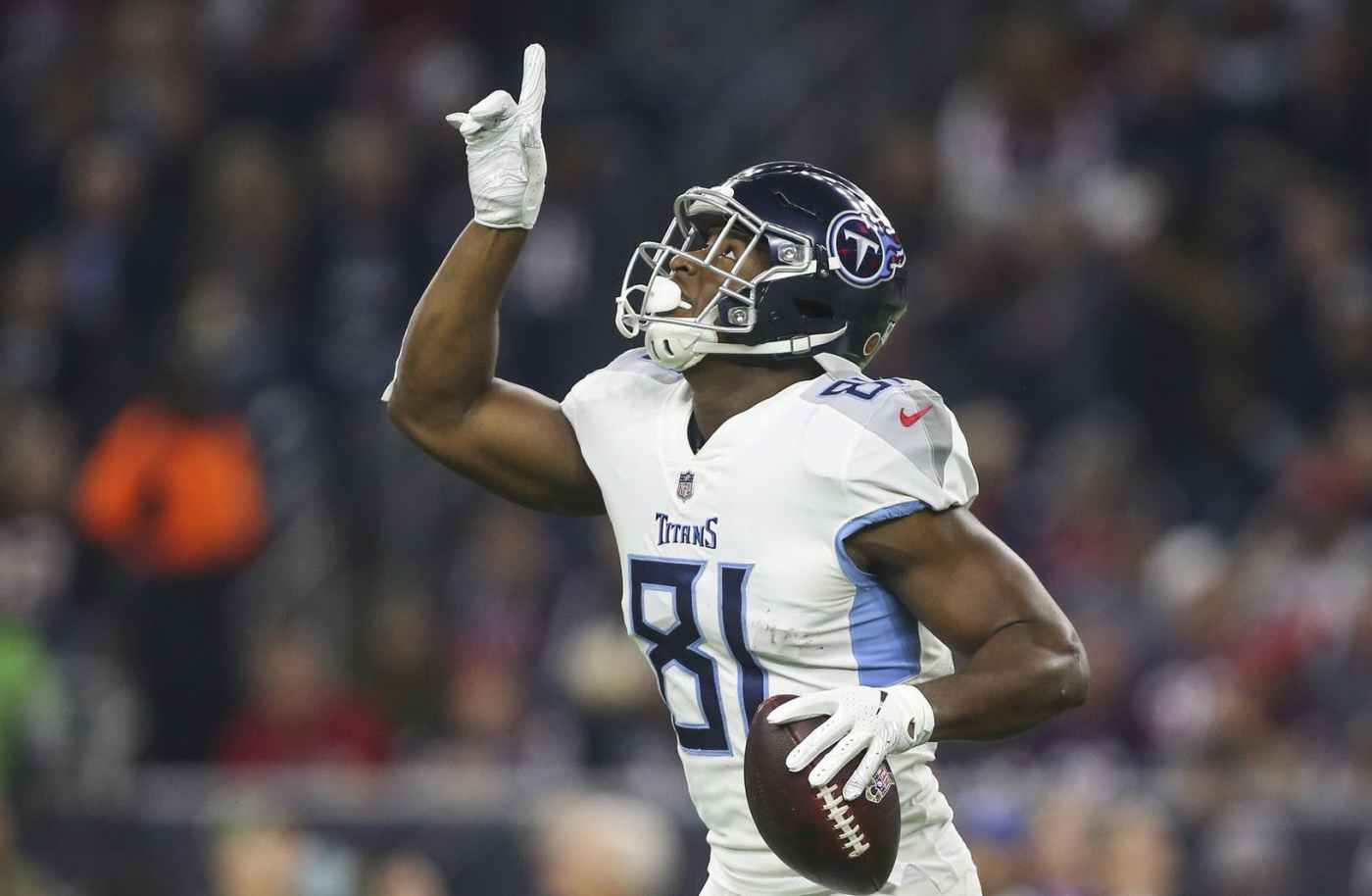 Each week I’ll bring you a mix of DFS plays that I like for cash and tournament games. I won’t be focusing too much on the elite plays such as Christian McCaffery, Lamar Jackson and Michael Thomas instead, I’ll look for value in matchups that have the potential to be high scoring and return good points to dollar ratio. If we can find that we can open up our lineups to be built better. Through the season I’ll also review my previous weeks plays so you can judge for yourself how good my takes are.

An injury-filled week 7 hurt what could have been an excellent set of plays across the board. Breshard Perriman started hot and at 3700 looked like he could smash before being ruled out with a concussion. Kenyan Drake wasn’t lighting the world on fire but at just 4800 if he hadn’t been ruled out through injury could have easily returned value in such a shootout. Justin Jackson split the backfield more than previously but still crept into double-digit points thanks to his receiving work, which kept the play reasonable. Josh Allen should have been an absolute smash and even one touchdown would have turned it into a great play, but instead, the Bills kicked field goal after field goal. Matt Stafford faired much better though and even gave us some overtime points. Terry McLaurin and Christian Kirk absolutely smashed, returning over twenty points each. TJ Hockenson bailed the play out late on catching a touchdown to round out a nice performance and Jared Cook didn’t smash as much as he could have without Michael Thomas but still gave us what we needed with 3/32 and a touchdown.

Plays so far (based on price to points ratios):

Jimmy G might not be the most fantasy appealing quarterback in the league but we’ve seen how Mike Shanahan can scheme even behind the line of scrimmage passes to create monster yards after the catch opportunities. The Seahawks rank 31st in points given up to the quarterback position, averaging a huge 29pts per game. Excluding the abysmal outing against Miami where Garoppolo still looked injured, he’s thrown for an average of 270 yards a game. It’s not a stretch to see that increasing in a shootout with the Seahawks, who are favoured by three.

Shoutout to Liam (@dolphinabroad) who helped convince me of this play. Derek Carr has been quietly very efficient for the Raiders, despite injuries to his receivers and an offensive line that hasn’t quite played up to last years really solid performance. So far this season Carr has thrown just one interception and thrown for at least two touchdowns in all but one game. The Browns have a great defensive front but the secondary still disappoints despite the draft capital put into the position. The Browns are weak against both wide receivers and tight ends, which correlates well with opposing quarterback fantasy outputs. The game has an over of 51.5 and I would expect there to be plenty of fantasy relevance across the board.

The Raiders rank 29th against running backs in fantasy points allowed. Giving up an average of 24pts per game. Since Nick Chubb went to IR the Browns have shown their preference is for Kareem Hunt to command the vast majority of the snaps, taking 21/22 snaps last week.

So far this season we’ve seen several rookies have big games coming off bye weeks and I’m expecting similar for Jonathan Taylor. The Lions are equal with the Raiders as the 29th best team against the running back position. Despite not quite hitting the heights many hoped when Marlon Mack was ruled out for the season, Taylor had his highest yards per carrying average before the bye, hitting 5.0. The Lions on average surrender 157 yards to the position and with the Colts favoured by three, I see no reason this game won’t favour Taylor.

Green Bay have a long history for being conservative with injuries. Holding players back till they’re completely recovered. Aaron Jones was out last week and has been ruled OUT again for this matchup, last week it gave Williams an opportunity to return 21.4 fantasy points and smash the slate wide open. This week his price is higher but the opportunity remains if Jones sits again. The Vikings seem to have given up on the season with the trade of Yannick Ngakoue and Danielle Hunter out for the season. The Vikings defence gives up the third-most points per game and should be an easy target for the rest of the season.

This game features one of the highest expected combined totals of the week, currently at 53.5. Higgins has seen his snap percentage grow as the season goes by, hitting a high of 84% last week against the Browns. Averaging just over seven targets per game he has established himself as a reliable part of Joe Burrows attack. The Titans rank 27th against the position and with Joe Mixon still not passing Cincinnati may need to rely heavily on their pass catchers.

If Michael Thomas continues to sit with a hamstring injury this play might be the value needed to open up your lineup. Last week the popular thought was that Tre’Quan Smith would be the lead pass catcher with Thomas out, but Callaway despite having 73% to Smith’s 82% of snaps out targeted Smith 10 targets to 4. Chicago isn’t an easy matchup, typically stingy to the position so this is a punt play mainly for tournament upside.

We’re digging deep into the bargain basement here to open up the value elsewhere. On his NFL debut Mims led the Jets in targets with seven, and turned them into 4/42. That’s 8.2 points on the Draftkings scoring system and a pretty decent return. This week the hapless Jets face a monster task against the chiefs. Most bookmakers have the Chiefs favoured by almost three touchdowns. In game script like this the Jets will be forced to throw and with Perriman and Crowder both ruled out, Mims looks like the most reliable option.

With Odell Beckham ruled out for the season Higgins has a chance to fill in at the position. Evan Silva pointed out this week the chemistry Higgins and Baker Mayfield share and the stats are worth repeating. “Baker has thrown 65 career passes to Higgins, completing 48 (74%) for 705 yards (10.8 YPT) and seven touchdowns” If those stats continue to trend this way, don’t expect Higgins to go undervalued for long.

The Bengals have been terrible against the tight end position all season. Giving up big games to Harrison Bryant, Jack Doyle, Mark Andrews, Trey Burton and plenty more. I’ll continue to target tight ends against them until the trend stops. Jonnu Smith leads the Titans in targets this season despite a quiet game against the Steelers. This sets up as a get right game where his ownership should be low enough to play in tournaments but the opportunity should be enough to bank on for cash.

The Colts continue to have a narrow passing tree and Trey Burton has become a big part of their play. Before the bye week, he had both a rushing and receiving touchdown. It’s a punt play to open up value elsewhere but if the team continues to try to involve him like that we could see double-digit points, which would be enough to make the play a value.